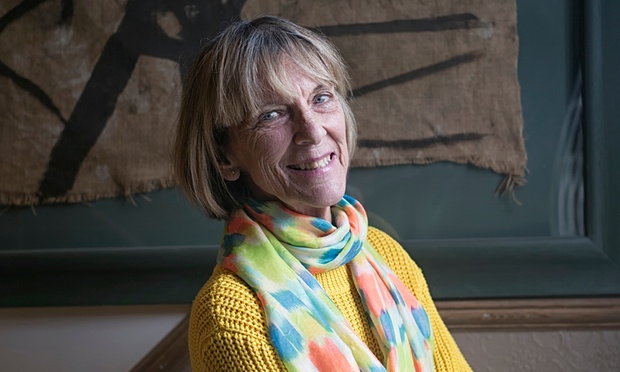 Diana turned to dance to help her through personal tragedy

For Diana Melly turning to dance helped her through a difficult time in her personal life and has continued to play a major role in keeping her fit and active.

Diana has given her support to Global Dance Card, a free app which aims to put people in touch with either formal dance classes or more informal occasions where they can go and learn a new skill, meet new people and have fun while improving their general fitness and wellbeing.

Now approaching her 80th birthday, Diana first began looking for dancing lessons following the death in 2007 of her husband, the late jazz and blues musician George Melly, from lung cancer and vascular dementia.

She had become involved with Dementia UK after her husband had been diagnosed and a year after his death, Diana was attending an Alzheimer’s conference when one of the speakers said something which resonated with her.

“Crosswords and Suduko will help, but the best way to avoid dementia is to take up ballroom dancing”.

She went and signed up for a 12 week course, thinking ballroom dancing would be easy. She found a dance partner in Ray, himself a former World Champion ballroom dancer, and after discovering that while she learnt the steps easily enough, by the time it rolled round to repeating them, she’d forgotten the dances. With this in mind, Ray started taking Diana to tea dances where she could continue to dance and practice the steps week by week.

There is more and more compelling evidence that dance, ballroom and latin in particular, has more than just physical health benefits. A study from the Einstein College of Medicine in New York has shown ballroom dancing demands a particular form of co-ordination which rewires the cerebral cortex and hippocampus. Studies show that levels of the brain’s happiness juice – serotonin – can be boosted, warding off depression and sleep disorders.

Ballroom dancing also helped Diana through a particular rough time after her daughter’s cancer took a turn for the worst.

“I would go and visit her in Hastings, then I’d come home to my dogs and go out to a tea dance and that’s the things that kept me going,” she says.

“If I’d known more about the positive effects of dancing, I would have gone along with George. We nearly broke up several times; instead of rows and tears, perhaps we should have hurried down to the local milonga.”

Sadly her daughter Candy died, aged just 52. In the week between her death and the funeral, Diana went on a dance holiday to Majorca organised by a dance teacher she nicknames Mr Wonderful. “The space needed to be filled with something,” she says. “Anything.”

Diana got involved with Global Dance Card when she met one of the company’s owners Leigh Adams at a social event. Leigh’s company also runs London Salsa, one of the biggest independent websites listing salsa related events in the capital. Leigh is a vocal champion of the benefits of dance having first taken up salsa himself nearly a decade ago.

Global Dance Card is taking part in the Pitch to Rich competition being run by entrepreneur Richard Branson’s Virgin Media Business to win part of a £1m pot of prize money and invaluable help from experts to develop and grow their business.

You can find the Pitch to Rich by clicking on the image below. To vote you need to register with VOOM either through your email, Facebook or LinkedIn accounts and, once registered, the option to vote appears in the top right hand corner of the pitch. 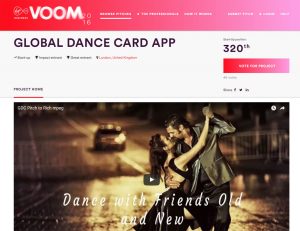 Diana’s memoirs Strictly Ballroom: Tales from the Dancefloor can be purchased from Amazon here in both hardback and Kindle format: http://amzn.to/1WYMLgX

SalusJoy are a company focused on holistic wellbeing with an initial emphasis on dance.

Our aim is to encourage physical and mental wellbeing through dance, building new skills, communities and social opportunities.

To speak to us about including wellness schemes in your workplace, please contact us.