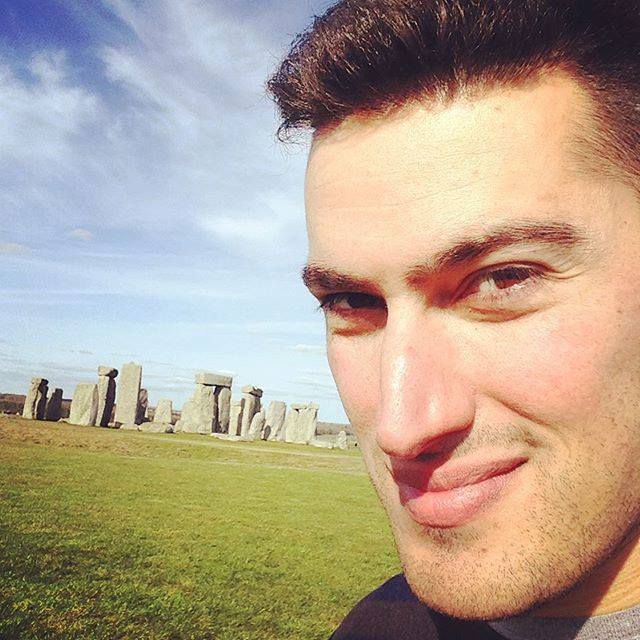 One of the UK’s best selling children’s authors Joe Craig has added his support for Global Dance Card the app which aims to help people find exercise benefit through dance.

Global Dance Card is a free app which aims to put people in touch with either formal dance classes or more informal occasions where they can go and learn a new skill, meet new people and have fun while improving their general fitness and wellbeing.

Joe is a novelist, screenwriter and musician, best known for the Jimmy Coates series of books, described in several reviews as ‘The Bourne Identity for kids’. Since his debut novel in 2005, he has written six more books focusing on his young spy.

In his younger university days Joe used to dance and, although he now doesn’t have as much time to dance outside of weddings, he’s a full blown supporter of how it can empower and benefit participants.

“I used to dance a lot of Tango but not now. These days it’s just dancing like a maniac at weddings, which I love. The whole thing about dance is that people say you need to have confidence but in reality, you get confidence from doing it. You don’t have to be any good at it either,” he says.

Joe became involved in supporting Global Dance Card through his friendship with one of the app’s creators Leigh Adams, who he plays cricket with.

“I believe in Leigh, and his passion for the project and his expertise and the way he’s built up a community around dance (London Salsa) and watched that grow. I also think anything which helps organise the world in a better way and makes it easier for people to find out what’s going on and how they can get involved with dance makes such sense,” he said.

A recent BBC programme – How to Stay Young – brought up a number of interesting suggestions on how to help yourself age healthily and gracefully and dance featured prominently within those ideas. For Joe, staying active is something he treats as an everyday part of life rather than a specific activity.

He adds: “I’ve never been one for being into fitness for its own sake, so it’s not been about going to the gym regularly for me. It’s the social benefit of exercise and fitness. I have fun and it’s also so I can eat whatever I want, when I want, that’s the benefit payback for me personally.”

As well as the personal connection in his friendship with Leigh for supporting Global Dance Card, Joe also is a firm believer in encouraging people to find some kind of exercise which works for them. While Joe was always involved in sport, plus dance while at university, he says that there are so many different extra benefits on top of just the health ones for taking part in exercise.

“Having a good relationship with my physicality at a young age did help build confidence in myself. If you do a sport or a dance, even if you’re not an expert at it, it means your body is better able to carry you through your day.

“It helps your mind as well if your body is able to cope and you can do more if you’re in a better frame of mind. I’ve been lucky in that the physical exercise I do takes me out of the day to day stresses. The flow of being in the moment is such a powerful thing.

“Even if you only do it for a few minutes, it can be as beneficial as a weekend away, it embraces your mind and body,” he adds.

And if he could have chosen one dance form to be really good at?

“Tap dancing, it’s one thing I’ve always wanted to do. Watching Fred Astaire and Ginger Rogers do their thing. I have a strong emotional response to watching them, but I also enjoy the more modern contemporary street dance/body popping etc,” he says.

To find out more about Global Dance Card, or to download the app, please visit the website:

SalusJoy are a company focused on holistic wellbeing with an initial emphasis on dance.

Our aim is to encourage physical and mental wellbeing through dance, building new skills, communities and social opportunities.

To speak to us about including wellness schemes in your workplace, please contact us.